An invitation from Centennial: Hello Perspective Centennial Families.  We invite you to come to our virtual open houses this year to learn more about Centennial.  We’ll host several open house meetings via Zoom where you can learn more about our school and our programming and there will be time for Q&A as well.  This year, because we cannot host open houses in person … END_OF_DOCUMENT_TOKEN_TO_BE_REPLACED

Earlier this year the Denver Classroom Teachers Association voted to support the group living proposal currently before city council. 90 members, representing nearly 4,000 teachers, voted unanimously to support the update to the existing policy. As teachers we feel it is our duty to provide the optimal learning environment for ourselves, our students, and their … END_OF_DOCUMENT_TOKEN_TO_BE_REPLACED

The Denver North Star strives to show multiple viewpoints and will publish Letters to the Editor in both support and opposition when different perspectives are sent. At times, only LTEs with one view were received and the letters published represent that. The opinions expressed in letters are the opinions of the authors and do not necessarily express the opinions … END_OF_DOCUMENT_TOKEN_TO_BE_REPLACED 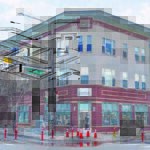 A proposal eight years in the making, Councilwoman Amanda Sandoval’s office is hoping to enact a measure they believe will preserve retail and other commercial corridors, promote mixed use (commercial and residential) development, and ensure a more pleasant experience for residents walking through small business areas like Tennyson St, Lowell North of I-70, and portions of 44th … END_OF_DOCUMENT_TOKEN_TO_BE_REPLACED

With a unanimous vote from the Denver City Council, a decades long fight has ended: the park on 38th Ave between Osage and Navajo streets will officially be known as La Raza Park. Councilwoman Sandoval’s effort to rename the park marked at least the third official, and the least controversial, attempt. While past efforts were met with strong opposition from the Italian … END_OF_DOCUMENT_TOKEN_TO_BE_REPLACED