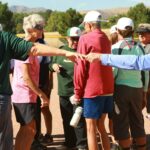 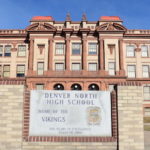 On September 8, North High School went into a secure perimeter (formerly lockout) mode after a threat to students circulated on social media from an individual with no known connections to North. School principal Scott Wolf shared the following statement with school families and the community on September 9 to summarize the situation: Vikings, we want to take a moment this … END_OF_DOCUMENT_TOKEN_TO_BE_REPLACED

“Sidewalk Palooza” Encourages NW Denver Residents to Talk Sidewalks If you’re in the Berkeley or Inspiration Point neighborhoods and frustrated by Denver’s inadequate and incomplete sidewalk network, you're not alone. On September 25, you can join transportation advocates and Councilwoman Amanda P. Sandoval in a walking and rolling tour of the neighborhoods to discuss … END_OF_DOCUMENT_TOKEN_TO_BE_REPLACED 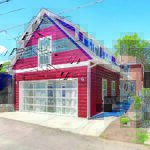 Here's a roundup of some of the shorter, but no less important, stories we wanted to share this month. Council Unanimously Approves ADU Rezoning for Sloan’s Lake NeighborhoodBy David Sabados The Sloan’s Lake (or Sloan Lake, depending on who you ask) neighborhood has been rezoned to allow more accessory dwelling units (ADUs). ADUs are smaller, secondary homes, sometimes … END_OF_DOCUMENT_TOKEN_TO_BE_REPLACED 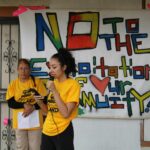 Not every story needs 1000 words (and we couldn't fit them all in the print edition even if we wrote them). Here's a roundup of some of the other stories we felt were important this month. City Officials, Community Celebrate Official Opening of La Raza Park While the park has been officially called La Raza for a few months and unofficially for a few decades, the new … END_OF_DOCUMENT_TOKEN_TO_BE_REPLACED