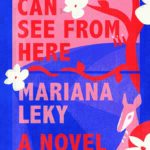 In the small German village of Westerwald, ten-year-old Luisa’s father frequently tells his family that they must “let more of the world in.” When Luisa’s grandmother, Selma, dreams of an okapi, a rarely seen African animal with “its zebra shanks, its tapir haunches, its giraffe-like rust-red torso, its doe eyes and mouse ears,” just that happens - the world is let in along … END_OF_DOCUMENT_TOKEN_TO_BE_REPLACED 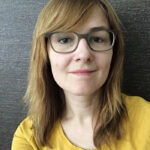 In Colorado writer Claire Boyles’ debut collection of short stories, “Site Fidelity” (2021, W. W. Norton), many of the hard environmental truths of the West come alive in their most personal ways – water rights, endangered species, fracking, and flooding are pervasive throughout this title’s pages, but not through the broader perspective in which they are frequently discussed. … END_OF_DOCUMENT_TOKEN_TO_BE_REPLACED

Writing accurately about the internet feels like an impossible task – the endless stream of information that is increasingly hard to decipher or curate; the extreme vulnerability alongside a lack of authentic connection; the unexplainable and constantly morphing weirdness. With that being said, Patricia Lockwood’s novel, “No One Is Talking About This” (Penguin Random House, … END_OF_DOCUMENT_TOKEN_TO_BE_REPLACED

We commonly think of the study of science and that of sociology or humanities as very different - we look at science as neutral and data-driven, while non-STEM fields are frequently seen as reflective and thought-driven. Chanda Prescod-Weinstein’s new book, “The Disordered Cosmos: A Journey into Dark Matter, Spacetime, & Dreams Deferred” (2021, Bold Type Books), … END_OF_DOCUMENT_TOKEN_TO_BE_REPLACED

Featuring strong visual interest and captivating storytelling, graphic novels are a somewhat newer format to gain wide distribution and popularity.  Amazing new titles are being released all the time, so this month I wanted to share a few new graphic novels that came out this year. From a highly personal memoir, to a story about a septuagenarian demon hunter, to a helpful … END_OF_DOCUMENT_TOKEN_TO_BE_REPLACED