Shaping Our Future by Remembering Our Past 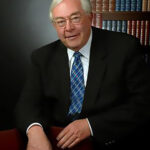 You have heard me rightfully complaining of the poor management of our Denver Public School Board and the way the school board and administration have been mismanaging the system. Well I think the goddess Athena herself, complete with her omnipresent all-knowing owl, may have landed in two places in the system. Those two shining lights are North High School and Denver Centers … END_OF_DOCUMENT_TOKEN_TO_BE_REPLACED

The famous media ecologist, Marshall McLuhan, aptly coined the phrase, "the medium is the message." McLuhan asks us to probe into not just the content of a particular message,  but to look into the surrounding presentation of a message, almost becoming another important message in itself. This famous media rule certainly has a place in Governor Polis’ daring to step into … END_OF_DOCUMENT_TOKEN_TO_BE_REPLACED

February is Black History Month and it offers an opportunity to think about history from your own ethnic point of view and how it relates to Black History. For example, in Denver in the mid-1920's, when the KKK ran Denver and Colorado, my grandmother Nora Flaherty was horrified that someone would sacrilegiously burn a cross in front of St Dominic's Church just down the block … END_OF_DOCUMENT_TOKEN_TO_BE_REPLACED 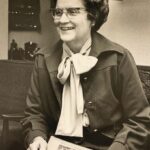 Denver has not risen to the level of recognition of its writers to which Dublin has.  As you walk along the streets of old Dublin town, a city full of literary talent, you will see that the city administration and council has placed brass plaques in the pedestrian sidewalks indicating literary happenings. "Leopold Bloom entered this pub to feast on his famous gorgonzola … END_OF_DOCUMENT_TOKEN_TO_BE_REPLACED 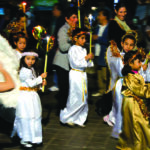 In the late 1960’s Juanita and Emilio Dominguez gave North Denver a great gift in their annual  Las Posadas celebrations.  Las Posadas means "The Inn," in Spanish. For 9 nights before Christmas Eve, Juanita and Emilio dressed in full costume, including their daughter Zarife as Mary. Her brothers J. A. and Robbie alternately dressed as St. Joseph. They imported a live … END_OF_DOCUMENT_TOKEN_TO_BE_REPLACED