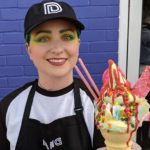 North Denver ice cream fiends no longer need to worry about being too far from Little Man Ice Cream when traveling to the wilds of Park Hill, with the opening of DANG soft-serve ice cream in the Oneida Park Center. The sixth and latest member of the Little Man Ice Cream empire, DANG features eight flavors, including two vegan options. The bomb cyclone, DANG's signature … END_OF_DOCUMENT_TOKEN_TO_BE_REPLACED 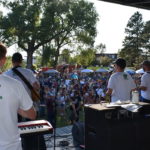 For the first time, Sunnyside Music Festival-goers this year were free to enjoy alcoholic beverages throughout the park instead of cooped up behind a barrier. People relaxed on the lawn Sept. 14 and listened to Grown A$$ Man Band, Bonnie & the Clydes, YaSi, Don Chicharrón (pictured), and The Burroughs. Headline sponsors Sprouts Farmers Market and Zia Sunnyside were … END_OF_DOCUMENT_TOKEN_TO_BE_REPLACED

A lack of sidewalks, no street access and traffic noise may not mean Sheridan Boulevard is prime real estate for single-family homes these days, but four properties near 17th and Sheridan will remain that way for the foreseeable future. Denver City Council members voted 11-2 to deny a rezoning request that would have allowed the owners to collectively sell their properties … END_OF_DOCUMENT_TOKEN_TO_BE_REPLACED

North Denver voters will choose two new members for the Denver School Board: one representing North and West Denver and one elected citywide.  While school board elections may invoke images of bake sale funding and home-printed fliers, Denver’s elections have been anything but for the past decade. This year looks to be no different, with six figures being raised in … END_OF_DOCUMENT_TOKEN_TO_BE_REPLACED 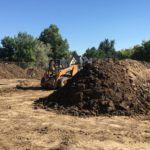 Students and families at Brown International Academy file in to the playground in relative single file these days, squeezing several hundred people around a construction fence each morning and afternoon. But the mini-Vikings say it will all be worthwhile to finally have a new, functional athletic field later this year.  Denver Public Schools (DPS) is investing $225,000 … END_OF_DOCUMENT_TOKEN_TO_BE_REPLACED