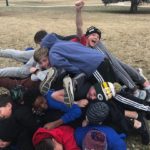 The Boys School of Denver (BOYS) board of directors voted Feb. 18 to close the school at the end of this school year, the same year its first complete class will continue on to high school. The all-boys middle school (grades 6 through 8) first opened in 2017 in the West Highland Neighborhood. The decision came the same night Denver Public Schools’ SchoolChoice enrollment … END_OF_DOCUMENT_TOKEN_TO_BE_REPLACED 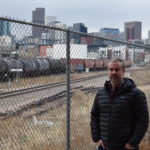 Just about a year ago, on April 26, 2019, many in the community came to celebrate the opening of the Gold Line -- or G Line -- at the 41st and Fox Street Station in Sunnyside. But that same day, neighboring resident Dan Mahony realized that the Regional Transportation District or RTD had not made good on its promise in a press release issued April 17 that “quiet zones would … END_OF_DOCUMENT_TOKEN_TO_BE_REPLACED 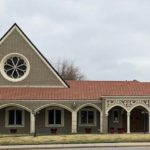 On Feb. 20, local preservation group Historic Berkeley Regis announced that the Howard Berkeley Park Chapel it’s been working for months to preserve via landmark designation has been sold to a new owner that has committed to keeping the historic building as it redevelops the property.  The chapel, a former Olinger Moore funeral home that closed in January 2019, and the … END_OF_DOCUMENT_TOKEN_TO_BE_REPLACED 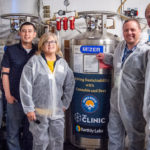 North Denver’s very own Denver Beer Co. has joined a state pilot program to capture carbon dioxide (CO2) produced during the beer-brewing process and use that carbon to cultivate cannabis and stimulate plant growth.  On Jan. 29, Denver Beer Co. co-founder Charlie Berger joined Gov. Jared Polis at the capitol to announce a pilot program focused on energy usage and … END_OF_DOCUMENT_TOKEN_TO_BE_REPLACED 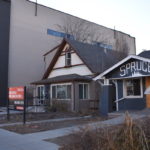 Two of the few remaining single family home lots on Tennyson Street in the commercial district will be scraped and turned into apartments. The buildings at 4345 and 4347 Tennyson that formerly housed Mammoth Tattoo and Spruce men’s clothier (which moved across the street) were sold to First Stone Development for $1.73 million in January. The developer, Lenny Taub, also … END_OF_DOCUMENT_TOKEN_TO_BE_REPLACED