I walked with a spring in my step along Perry Street toward Highland Recreation Center that morning when I was to teach my first SilverSneakers fitness class.

A neighbor waved hello and quipped about the clipboard in my hand, so I slowed for a minute to chat. “We have seniors left in the neighborhood?” she chuckled, “Or do they have to drive from across town to take your classes?”

Months later, I announced to my class that The Denver North Star had agreed to the idea of a column focused on older adults in the neighborhood. The class was delighted. I welcomed ideas. They picked up the latest issue of the paper and a few stayed after class to share their thoughts.

I wasn’t prepared, though, for what would come next: “Write about invisibility,” one student said, looking me squarely in the eyes. “Write about how when you turn 68 or 69, people just don’t see you anymore.” A septuagenarian fellow student stood next to her and nodded, “Mmm hm. Yes. Write about that.

Over the weeks that followed, I let the request settle in. I mentioned it to friends, observed my mental patterns about age (my own and others’) and started noticing when I showed disregard for an older person at a restaurant or when out for a walk.

And then, I reached out to Janine Vanderburg, long-time North Denver resident and director and chief catalyst at Changing the Narrative in Colorado. Changing the Narrative focuses on the flipside of the invisibility my students and so many others experience: ageism. She reminds us that exploring ageism allows us to focus on where solutions are possible. It invites each of us into reflection and creativity around the type of community we want for ourselves and one another.

Last fall, Changing the Narrative spurred on 60 “on the same pAGE” cross-generational conversations across Colorado, and beyond, bringing circles of friends, neighbors and coworkers together to talk about ageism. And it is getting ready to start the next round of conversations.

One solution Vanderburg was sure to highlight: look at people for who they are, and not through the many filters of assumptions and stereotypes you may have picked up over the years.

This advice, neighbors, we can absorb on a great many levels.

Asking yourself where you fit in the invisibility/ageism problem? Tune in to the resources below.

Notice what biases come up, consider sharing your own story or volunteer to host one of Changing the Narrative’s “on the same pAGE” cross-generational conversations. Be part of making our neighborhood’s social fabric stronger for everyone:

Flat on the coach with a terrible cold, I decided to spare our state’s civil servants — and dozens of engaged community members at the state capitol — from the germs by joining Alzheimer’s Day at the Capitol, Feb. 19, from behind my computer screen.

I watched as The Colorado Channel (coloradochannel.net and Comcast Channel 165) broadcast a live tribute by Rep. Michaelson Jenet that acknowledged the impacts of dementia and Alzheimer’s on our state’s 73,000 people living with the disease and their quarter million caregivers.

Representatives from both sides of the aisle in the Colorado State House of Representatives took part in the Alzheimer’s Association’s trademark “promise garden ceremony,” a display of various colored, flower-shaped garden pinwheels meant to represent myriad connections to the disease.

North Denver Rep. Alex Valdez stood alongside Rep. Jenet as she led legislators through the ceremony that, toward the end, demonstrated how widespread the impacts are. In the end, one white flower made a statement: We do not yet have a survivor from this disease.

Three bills then became the focus of the day: one to create a staff position focused on dementia in the state’s public health department (no bill number yet); a second to expand the Health Corps Service program to allow for student loan assistance to nurses and physicians’ assistants who practice in geriatrics (SB20-022); and a third to authorize Medicaid to cover routine costs associated with qualified clinical trials, enabling Coloradans on Medicaid to participate in them (HB20-1232).

Advocates witnessed the promise garden ceremony from the House gallery and afterward requested one-on-one conversations with their elected officials in the House and Senate. North Denver Rep. Valdez and Sen. Julie Gonzales received visits from constituents and were reported to be receptive to bills they advocated for.

Kathryn has lived in North Denver 25 years, yet still considers herself a newcomer. She teaches a SilverSneakers fitness class at Highland Senior Recreation Center and volunteers with the Alzheimer’s Association Colorado Chapter. Send your story ideas for The Gray Zone to thegrayzone.denvernorthstar@gmail.com. 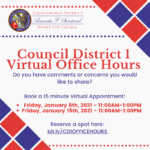