Despite organizers’ early optimism, The Dragon Boat Festival held annually at Sloan's Lake has been cancelled for 2021. The organization said they did not make the decision lightly but felt it was the right call “after weighing the health and safety of our community, volunteers, dragon boaters, and performers (many of whom are children under the age of 12 and/or family … END_OF_DOCUMENT_TOKEN_TO_BE_REPLACED 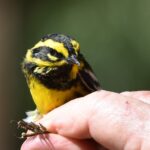 There’s a seasonal activity underway that biologists and birders want you to know about. “Bird banding” takes place across North America in the fall and spring every year, so that scientists can understand the productivity and health of migratory bird populations. Some set up public bird banding stations to share what they’re learning, in real-time, with the rest of … END_OF_DOCUMENT_TOKEN_TO_BE_REPLACED 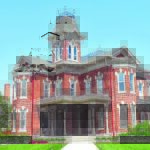 If you’ve been interested in a tour inside of some of North Denver’s most recognized landmarks, you’re about to have the chance to see three of them. Doors Open Denver (DOD) is an annual event run by the Denver Architecture Foundation (DAF) featuring architectural sites from across the city, some modern, some historic. This year, they selected two new buildings in North Denver … END_OF_DOCUMENT_TOKEN_TO_BE_REPLACED 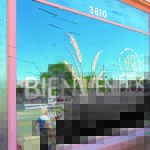 On Tuesdays, volunteers from Bienvenidos Food Bank fan out across North Denver placing boldly lettered signs along major streets, “Food Bank Thursday—10am to noon and 3:30 to 5:30pm—38th and Pecos.” According to Greg Pratt, executive director, social media isn’t always the best way to get the word out about the food they have to offer. “We hyper-serve this area,” he says, … END_OF_DOCUMENT_TOKEN_TO_BE_REPLACED 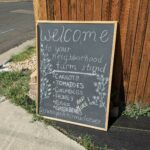 Locally grown fruits and vegetables may be more healthy for you and help cut down on things like transportation costs and resulting air pollution, but some North Denver neighborhood farm stands are struggling. The COVID-19 pandemic was one factor, but not the only possible reason, business has dropped in 2021. Jon Rodrigues is an owner of Sunnyside Farms, which operates a … END_OF_DOCUMENT_TOKEN_TO_BE_REPLACED