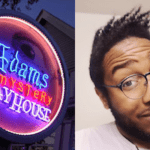 The holidays are just around the corner, and whether you’re looking for something to do with the family in town or a bit of a break from the drama, Northwest Denver has you covered.  If you’re facing a post-Halloween slump and need a jolt of thrill, Adam’s Mystery Playhouse has your fix with murder mystery dinners. With themed experiences including “Murder at Haunted … END_OF_DOCUMENT_TOKEN_TO_BE_REPLACED 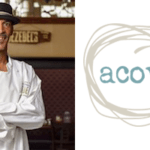 Hello, North Denver! So, today, we start our journey of great local restaurants in our neighborhoods. A few weeks ago, I decided that I would cruise my neighborhood on an electric scooter until I found a place that was popping with energy and vibrant with color. It was a perfect Fall afternoon, about 65 degrees, as I was coasting feeling irie. And then, all of a sudden, … END_OF_DOCUMENT_TOKEN_TO_BE_REPLACED 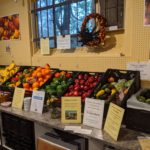 Bienvenidos Food Bank at 38th and Pecos has been helping North Denver families for 43 years. This year, as the holidays approach, they could use yours. Bienvenidos helps approximately 200 families every week, providing enough food for 300,000 meals over the course of a year. As you’re considering your holiday giving, Bienvenidos executive director Greg Pratt hopes you … END_OF_DOCUMENT_TOKEN_TO_BE_REPLACED

In 2017, Colorado voters approved a phased-in minimum wage increase that reaches $12 per hour in January 2020. Now, Denver is considering pushing beyond that. Mayor Michael Hancock and Councilwoman At-Large Robin Kniech crafted a proposal that will increase the minimum wage in Denver to more than $15 an hour by 2022. The proposal has undergone revision since it was first … END_OF_DOCUMENT_TOKEN_TO_BE_REPLACED