When fish started washing up on the shore of Sloan’s Lake, nearby residents had a lot of questions. It was hard to ignore: neighbors blocks away said they had to keep their windows shut to keep out the smell. “We were going to go kayaking and saw thousands of dead fish,” said nearby resident Jeannine Spicer. “Later that day the smell hit us.” Spicer’s parents first bought their home across from the lake in 1964 and she’s seen many changes to the park over the years. “We’ve never seen a kill of this level.”

Scott Gilmore, Deputy Executive Director of Parks and Recreation for the city, said that while fish die off every season, this was the largest amount on record. Despite that, he said the lake is now healthier than before and city staff handled the problem quickly. “It was a perfect storm,” said Gilmore. He cited numerous reasons for the unprecedented deaths, including that this August was the hottest on record, there was little rain or moisture, the lake was overpopulated, and Sloan’s Lake’s shallowness means the water heated up quickly. The combination meant that the oxygen level dropped, killing the fish. “Nature essentially brought the population down.” Sloan’s Lake is considerably more shallow than nearby Rocky Mountain and Berkeley lakes. Neither of those has had any notable fish die offs.

The majority of fish killed were black crappie, which Parks said they haven’t been stocking recently. The population has been expanding naturally, causing the city to stock more tiger muskies, a large predatory fish, to keep the population down. Even so, the crappie population bloomed. Gilmore said that a combination of the lower fish population and lower temperatures at the end of August have helped restore oxygen levels in the lake and the health of the lake improved almost immediately. Catfish that the city stocked will also eat the dead fish that sank to the bottom, according to Gilmore.

Nearby residents have noted that the lake has had more algae on the surface than other years, but Gilmore said some algae is normal and that the treatments to reduce the toxic algae did not negatively impact the fish population.

After Parks learned of the fish kill, they reallocated staff from across the city to begin cleanup. 40 – 50 staff filled garbage trucks and service vehicles with trash bags full of dead fish. While fewer residents appeared to use the park during cleanup, probably due to the stench, runners, kayakers, and others reappeared a few days later and the park seems to be returning to normal.

Whisky is for Drinking, Water is for Fighting

One of the recurring conversations around Sloan’s Lake is the change from potable fresh water to raw water about a decade ago. The lake, like several other Denver parks, now uses nonpotable water and the lake serves as an irrigation source for the surrounding park. Gilmore says the change is important for environmental reasons. “In a city that’s growing the way we’re growing, and we’re in a semi arid desert, we have to look at other ways to get our other water sources into lakes,” said Gilmore. “Potable water is what people drink.”

Gilmore said his department spends $3 million – $4 million annually on water. Nonpotable water is 1/10 the cost of potable water so the decision is also a financial one.

Several years ago, community members protested the switch to non potable water in Washington Park when trees began dying, which Gilmore said at the time was due partially to the recycled water but cited other factors as well. Recycled water has a higher salt content than fresh.

Several neighbors were concerned that dying trees in the park around Sloan’s Lake are due to the raw water, but city officials said that’s not the case. City forester Mike Swanson cites “two freeze events we had last October and this April” as one potential reason, along with an elm leaf beetle. Swanson, who lived near Sloan’s Lake for many years, said the park is an anomaly in many ways: a patchwork of hard and soft soils, dry and wet areas, and otherwise unique, which can be challenging. Several trees are likely to be replaced.

Next Steps for Sloan’s Lake

While oxygen in the water is a concern, the size of Sloan’s Lake makes aeration more challenging than some other Denver lakes according to the Parks Department, but they are looking at systems that pull water from the bottom of the lake to the top in order to increase oxygen flow. Parks is also starting other analysis to determine next steps to keep the artificial ecosystem healthy.

One of those concerned about the park is Councilwoman Amanda Sandoval, who represents the area. “I want to see a concerted effort. I want to see a plan; I feel like I’ve been asking these same questions for the last 5 years. Is there a plan for getting that lake in better water quality?”

“I want to see a concerted effort. I want to see a plan; I feel like I’ve been asking these same questions for the last 5 years. Is there a plan for getting that lake in better water quality?”
–Councilwoman Amanda Sandoval

Sandoval also expressed frustrations with a broken fountain and other deteriorating areas of the park and said she will be meeting with Parks officials soon. While councilmembers work with departments, departments report to the administration and not council, meaning they don’t have direct authority to force changes. Sandoval hopes to bring Parks officials, her office, and community members together to discuss improvements to the lake and park in the near future.

Several neighbors and Sloan’s Lake enthusiasts interviewed pointed to the ban on motorized boats this year as a potential reason for a lack of oxygen and water flow, but Gilmore said that while boats move water around, he’s not aware of any studies that show what impact they have on oxygen levels and he was not convinced boats have any meaningful effect besides some reduction in algae.

Another idea raised is dredging Sloan’s Lake, which would likely increase its depth and remove debris, but this  raises more questions of feasibility. Gilmore said the last study he’s aware of was several decades ago and costs were estimated around 30 million dollars. According to Gilmore, dredging today could range from $50 million – $100 million, which would exhaust the park budget. For now, the city budget cuts during the pandemic make the idea incredibly unlikely.

In addition to environmental discussions, the next big conversation for Sloan’s Lake is likely the future of motorized boating. Boating is banned this year due to COVID concerns, and Gilmore said the city is considering whether to allow boats back next year, which will certainly be a heated debate in the neighborhood.

“Please understand that we are doing the best we can,” said Gilmore. “We are parks employees — we take pride and joy in how the parks look and the staff is frustrated too. We have one of the most amazing parks departments and park systems not in the country but in the world.” 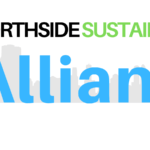