For many years after my mother’s family migrated north from their home downtown on the old Auraria campus, the Flahertys rented a small worker’s cottage in North Denver at 2528 Hooker Street. It was just south of an unpaved city alley so the family got used to lots of local foot traffic.  As the robin flies, that was a direct line from old St Dominic’s church on West 25th and Grove Street — now urban apartments. You could see the Flaherty’s backdoor from the church on Grove. My grandfather worked in a famous downtown pub called Madden’s Wet Goods on 11th and Larimer. Yes, that’s Wet Goods as opposed to Dry Goods. He then got a job as a mill worker at J. K. Mullen’s Hungarian Flour, where the mill lofts are now off 20th Street.

My grandmother could see hooded Klansmen burning a cross in front of St. Dominic’s Church in 1925. This served as a warning to strangers from foreign countries, like my beautiful grandmother, who moved into North Denver. She often talked about that night and how sad it was that we had such folks in North Denver.

During the Great Depression, it was the custom of the priests at St. Dominic’s parish to hand out food parcels to hungry petitioners trying to live day-to-day through our nation’s worst economic disaster. When the priests ran out of foodstuffs they would point to my grandparents’ backdoor to the house on Hooker and say “I’m sorry God’s pantry has run out.  We have no more, but ask Mrs. Flaherty, she’s very generous and may have some food for you.”  So the homeless would knock on my family’s back door and the Flahertys gave away what they could share to the strangers.

Once my mother asked her mom, “Why do we give away food to these strangers from the railroad yards?”

“Nellie,” my grandmother replied, “in Ireland where I was born, there is a custom among the people to always give food to the stranger because God wants us to share and the Irish folks believed that the stranger could be St. Joseph in disguise testing our generosity and our faith.” You could not mistake my grandmother’s origin of birth in West Cork in Ireland.  And she never lost her mellifluous and melodious  accent, “like listening to the angels” her neighbors used to say of her.

My dad’s father lost his job on the old Moffat Railroad around this same time. The Gallaghers lost their house in Tabernash, Colorado and moved down to Denver. The girls, my aunts, all went to St. Clare’s Orphanage and my dad and my uncle went to live for two years at St. Vincent’s Orphanage on West 41st and Lowell. The building is still there. My dad told me, as loving as the nuns at the orphanage were, it was no substitute for a home with a mother and father. My Grandfather Gallagher went out of state and my Grandmother Gallagher became the caretaker of the Wheeler Block on West 29th and Wyandotte. It is also still there. She got to see the children by visiting the orphanages which separately housed her children.  It was tough, but they made it through.  Our family reunions were like stories from “Angela’s Ashes”, a collection of orphanage stories.  It took my grandfather two years to get back to work for the Rio Grande Railroad, from which he retired after 40 years.

One day my mother was handing out parcels at the back door and my grandmother heard my mother send a petitioner away from the door.

“Nellie why did you turn away that man and not give him a food parcel?” My grandmother could hear my mother’s  abrupt dismissal as she was ironing. The family was in the dining room.

“Momma, that man was no St. Joseph.  That man had the smell of liquor on his breath.”  The irony of our ethnic identity and the pervasive influence of the drink on our culture and people must have made my grandmother smile.

Without a beat my grandmother said, “Oh, Nellie, go get that poor man. That could be Saint Patrick himself.” This comment helped my mother realize she had to be open-minded in dealing with the stranger and develop an understanding of the human foibles of “others.”

Many cultures harbor  deep-seated folk wisdom about how important it is to offer the stranger in our midst, hospitality.

Like the ancient Greek, the Irish believe that the gods want us to share hospitality with the strangers. Turning away strangers from your door would bring down disfavor from the gods and could bring punishment from the gods.

We remember Abraham and Sarah displayed legendary hospitality for strangers at their doors by the oaks of Mamre near Hebron.

My Grandmother Flaherty did not attend the Sorbonne where Levinas taught ethics and philosophy in Paris.  But she taught her children and grandchildren a concern and folk wisdom for the stranger and the “other” which not only taught how to treat each other, but put these common sense principles into practice. I thought this reflection might help us remember that we are all in the pandemic together, good citizens helping each other for our similarities not hating each questioning each other over any differences. It was a great gift she gave us which set us apart. We thank her and treasure this gift of hospitality to the strangers in our midst.

Si se puede, together we can make it through.

The Honorable Dennis Gallagher is a former city auditor, city councilman, state senator and state representative. He’ll be sharing thoughts and stories from North Denver’s past and future in his reoccuring column in the North Star. 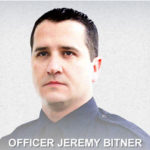 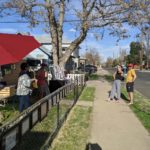