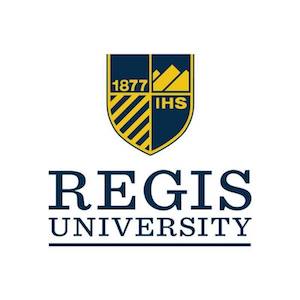 Regis University, along with the Denver North Star and other community partners, will host a forum for the Democratic candidates running for U.S. Senate at 6:30 p.m. to 8 p.m., Feb. 11, at its Northwest Denver Campus. The event is free and open to the public.

Eight of the nine Democratic candidates will participate in the senatorial community conversation and debate hosted by Regis University’s Community Relations department and the University of Colorado Denver School of Public Affairs.  James Mejía, a 9News political expert, will moderate the forum at which candidates will be able to express their respective visions for Colorado’s future and debate one another on topics relevant to Coloradans.

Some of the topics that will be discussed include sustainability, climate change, education costs and health care.

“Regis University is pleased to host these notable community conversations and decisions,” said Jenna Farley, community liaison at Regis. “We want to help the voters in our neighborhood to learn more about the candidates for this important position. There’s no better way to do that than to bring candidates, community partners and voters to campus.”

This is a closely watched race, with Democratic candidates competing for the right to run against the Republican incumbent, U.S. Sen. Cory Gardner.

This event will be held in the Mountain View Center at Claver Hall on Regis’ Northwest Denver Campus, 3333 Regis Blvd. Parking will be available in lower Lot 4, accessible from Lowell Boulevard near W. 52nd Ave.

For more information about the forum, please visit its Facebook page

Established in 1877, Regis University is a premier, globally engaged institution of higher learning in the Jesuit Catholic tradition that prepares leaders to live productive lives of faith, meaning and service. One of 27 Jesuit universities in the nation, Regis has four campus locations in the Denver metro area and Colorado Springs and extensive online program offerings with more than 10,000 enrolled students. For more information, visit www.regis.edu.