A group of students from across the city have created a Student Bill of Rights of “Student Visions, Rights, Rules and Desires,” presenting to the DPS Board of Education on April 22nd. While students who spoke came from different schools and backgrounds, the message from across the district was clear: students feel like they need more say in their education, including a role in selecting DPS leadership and curriculum.

Specifically, many students expressed that they feel the curriculum is too Euro-centeric and doesn’t reflect the background of the student population, which is increasingly diverse. Reciting the well-known “In 1492, Columbus sailed the ocean blue” line, one student expressed the need for history classes to discuss the full ramifications of European colonization on North American indigenous peoples instead of the emphasis being on Europeans.

Jasmine Brown is finishing her freshman year at West Leadership Academy and took a few minutes to talk with The Denver North Star about why she decided to get involved. She explained her speech and debate coach encouraged to get involved after she was frustrated by a ban on types of headwear worn by some African American students. “Schools need to do more training to understand our students,” she explained. For Brown, the issues aren’t just about student expression though. She said students want to see the district hire more bilingual teachers. In some classes, students are relying on classmates to translate. “You shouldn’t have to worry about students getting all their information from other students.”

While some of the goals the students lay out are broad and aspirational, such as schools being more welcoming of students from all cultures, others are specific. Students explained that they have come out of frustrations about inequities. Making extracurricular activities free of additional charges, for example, ensures that students from low income families have the same opportunities as those from wealthier families.

Among the other goals listed:

The multipage document is still being completed but students have set up several online options to provide updates: 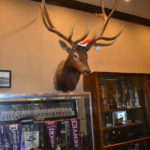