The Denver North Star strives to show multiple viewpoints and will publish Letters to the Editor in both support and opposition when different perspectives are sent. At times, only LTEs with one view were received and the letters published represent that. The opinions expressed in letters are the opinions of the authors and do not necessarily express the opinions of The Denver … END_OF_DOCUMENT_TOKEN_TO_BE_REPLACED 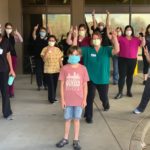 Dempsey Frandina is finishing up 4th grade at Downtown Denver Expeditionary where he said he loves his math classes. This summer he’s also bringing smiles to health care workers. Dempsey, who lives in the Sloan’s Lake neighborhood, started a GoFundMe (with a little help from his mom) to raise money to buy healthcare workers lunch. They raised $400, and Santiago’s Burritos … END_OF_DOCUMENT_TOKEN_TO_BE_REPLACED 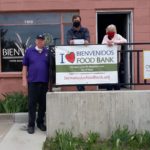 North Denver has had our shares of ups and downs, but we know that community comes together when it matters most. We’re highlighting community members who are making a difference in our new segment. If you know a person, organization, or local business who deserves recognition, email news@DenverNorthStar.com to let us know. … END_OF_DOCUMENT_TOKEN_TO_BE_REPLACED 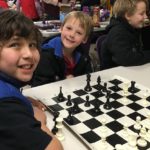 UPDATE: DPS Schools are currently closed due to COVID-19 health concerns. We will update this story as information becomes available. North High School, the North High School Alumni Association and the Optimist Club of Northwest Denver are hosting a chess tournament April 11 open to students in Kindergarten through 12th grade across North Denver. Students from all public and … END_OF_DOCUMENT_TOKEN_TO_BE_REPLACED