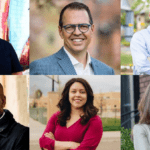 While school board elections may invoke images of bake sale funding and home-printed fliers, Denver’s elections have been anything but for the past decade. This year looks to be no different, with six figures being raised in each race and outside groups spending even more to influence the election. North Denver voters will choose two new members for the Denver School Board: one … END_OF_DOCUMENT_TOKEN_TO_BE_REPLACED

Denver School Board District 5 Candidate Julie Banuelos Julie Banuelos didn’t win an at-large seat when she ran two years ago, but that loss didn’t deter her, setting her sights on the District 5 seat in North Denver where she taught for 11 years. As a teacher for a total of 16 years with the district, she worked primarily with English language learners, and she feels her … END_OF_DOCUMENT_TOKEN_TO_BE_REPLACED 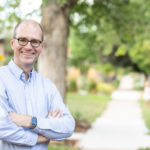 Denver School Board District 5 Candidate Brad Laurvick Brad Laurvick said he has a “heart for making sure every single student in Denver thrives,” both in the classroom and as they are sent out into the world, and he doesn’t think DPS is meeting the needs of the majority of its students, especially students of color. Laurvick, a DPS parent, parent teacher association (PTA) … END_OF_DOCUMENT_TOKEN_TO_BE_REPLACED 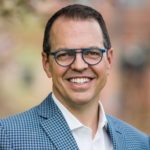 Denver School Board District 5 Candidate Tony Curcio Just over three and one-half percent separated Tony Curcio from Arturo Jimenez, the eventual winner of the district five school board seat in 2007. In that race, Curcio was outspent more than 2-1 and may have been considered an underdog. This campaign, he’s leading in fundraising and has the support of the majority of the … END_OF_DOCUMENT_TOKEN_TO_BE_REPLACED

Denver School Board At-Large Candidate Natela Manuntseva Natela Manuntseva’s family moved to Denver in 2000 as political and religious refugees fleeing Uzbekistan. She was 11 years old at the time and didn’t speak a word of English, but because she was the youngest in her family, she said she picked it up faster than her siblings.  She said that because her single … END_OF_DOCUMENT_TOKEN_TO_BE_REPLACED

The Denver That Is No More